“A small but diligent group of volunteers”

From the various land uses and environmental alterations of generations past, Jacobs Creek and its surrounding area became highly prone to flooding throughout the first half of the 1900s. Creekside neighborhoods in Scottdale and Everson were especially prone to flood impacts, with the infamous St. Patrick’s Day floods of 1936 raising water levels in Jacobs Creek by a staggering 25 feet in some areas and having devastating impacts on the local community. In the wake of this and similar events through the 1950s and 60s, the public was in dire need of solutions to their flooding problem.

In the late 1960s and early 70s, a small but diligent group of volunteers from the communities of Scottdale, Everson, and Mount Pleasant organized what would be the first iteration of the Jacobs Creek Watershed Association. Though at the time little more than a loose group of concerned citizens, the founders of JCWA were able to work with the U. S. Department of Agriculture-Soil Conservation Service, the Westmoreland and Fayette County Conservation Districts, the Scottdale Borough, and the U.S. Army Corps of Engineers to fund and construct three flood control earthen-dams in the watershed.

Flooding in Scottdale from Jacobs Creek in late 1960s 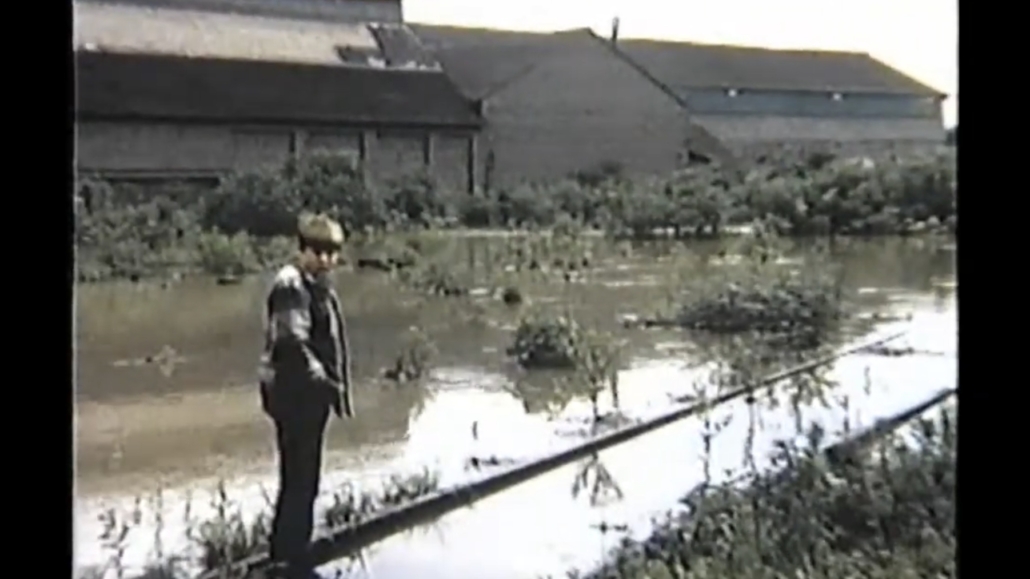 The Acme Dam is the smallest reservoir in the watershed, nestled atop the Chestnut Ridge near the headwaters of Jacobs Creek. Here a series of small mill dam impoundments dating back to the early 1800s were consolidated into a single lake to provide flood protection to areas in Upper Mt. Pleasant Township, most notably Laurelville, which was subject to flooding and erosion from the creek’s swift waters off of the mountain. Today, Acme Dam (also known as Chestnut Ridge Park) is a recreation lake used for fishing and boating along with hiking trails for wildlife viewing. 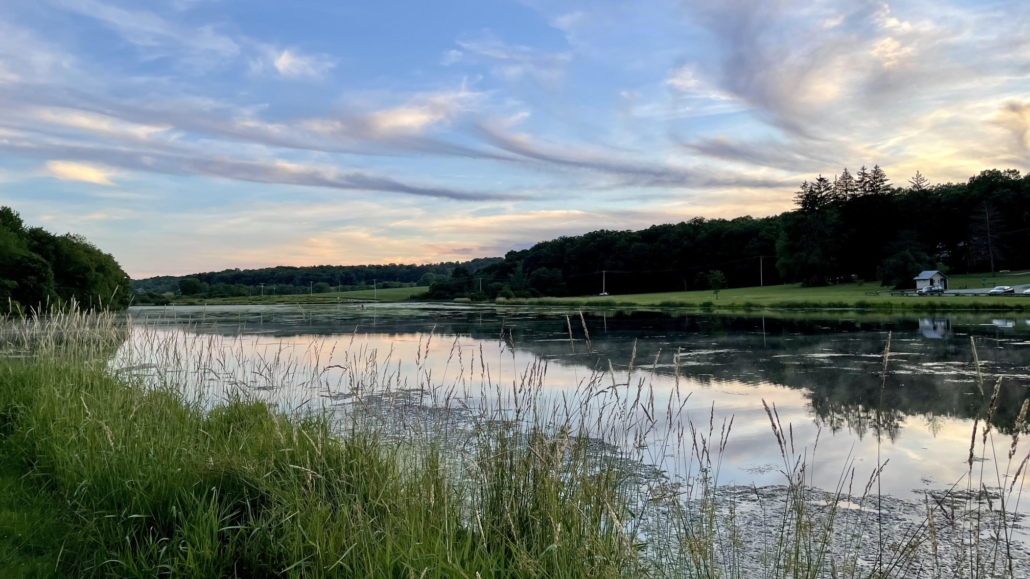 The Bridgeport Dam, constructed near the town of Mt. Pleasant, was also built on the site of two long-standing low-head dams locally known as the “Upper Falls” and “Lower Falls.” The Falls were a part of a pumphouse complex, once operated by the H.C. Frick Company and later converted into municipal water supply by the Mt. Pleasant Water Company. With the closure of the pumphouse in 1965, the Upper Falls would be converted into a large earthen-dam by JCWA’s founders and their partners to serve as the primary flood prevention to Scottdale and Everson. The Lower Falls still remain to this day and have become a popular fishing hole known for its bass and catfish.

The “Upper Falls” at Bridgeport pre-1970 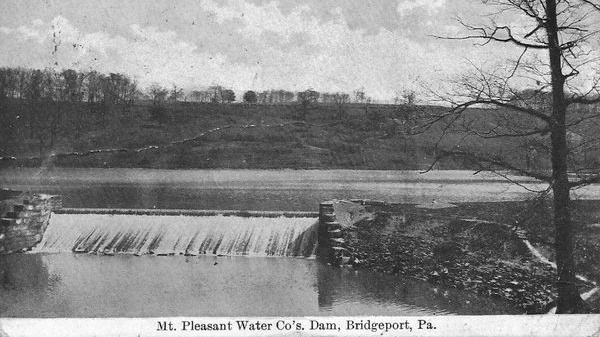 Lastly, the Greenlick Dam was constructed on yet another previously existing low-head dam site on Greenlick Run, a coldwater tributary to Jacobs Creek. In its natural state, Greenlick Run hosted native Brook Trout in its headwaters and formed a sprawling wetland in the last miles before reaching Jacobs Creek. In 1755, General Edward Braddock and his men traversed these same swamps on their way to Fort Duquesne. The brief stay in what would become known as “the Great Swamp Camp” was wet and muddy for the soldiers, with Braddock himself attesting to the swamps’ nearly impassable nature.

Nearly 100 years later, the “old Greenlick” dam was constructed on the upstream end of Greenlick Run east of present day Rt. 982 to partially dry the swamp and allow access for farming. But under the new concerns for flood safety, the “old” dam was partially removed and Braddock’s Great Swamp was flooded along with the Junick Farm behind a new earthen dam in 1971, this time west of Rt. 982. Today, Greenlick Run Lake is a popular recreation area for fishing and boating as well as an important stopover for a wide variety of migrating waterfowl. In addition, the upper reaches once obscured by the “old” dam have returned to their natural coldwater ecosystem and are the only waters in the Jacobs Creek drainage designated as “Exceptional Value.”

A Common Loon on a foggy morning at Greenlick Run Lake. 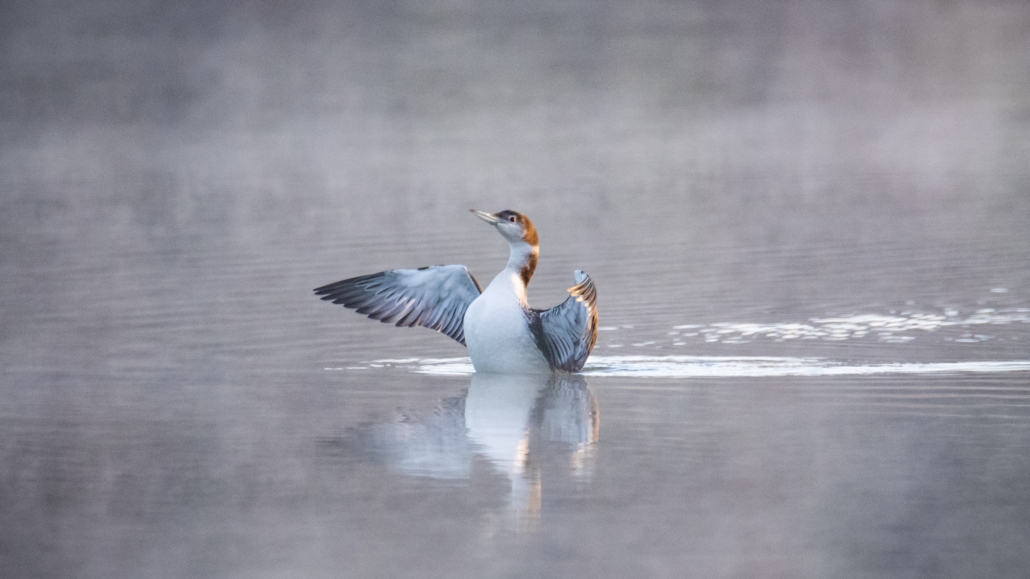 After JCWA’s successful first efforts and with the floodwaters largely under control, the association gradually disbanded by the end of the 1970s. By the 1990s however, it was clear that Jacobs Creek had issues beyond just controlling floodwaters. Sedimentation from agricultural fields across the region, Acid Mine Drainage from historic ties to coal, and erosion of the streambank all prompted a need for additional projects and investment into Jacobs Creek. In 1996, the Natural Resources Conservation Service and Soil Conservation Service helmed a project to channelize reaches of Jacobs Creek and its tributary Anderson Run as they enter Scottdale, further reducing flood potential but negatively impacting the ecology of the creek. Not long after, a watershed specialist for the Westmoreland Conservation District was assigned to monitor flood conditions of the creek and recognized the need for additional and continued community action. Now currently serving as JCWA’s Vice President, Mike Barrick gathered a group of concerned watershed residents from 1998-99 to officially form the Jacobs Creek Watershed Association as we know it today. 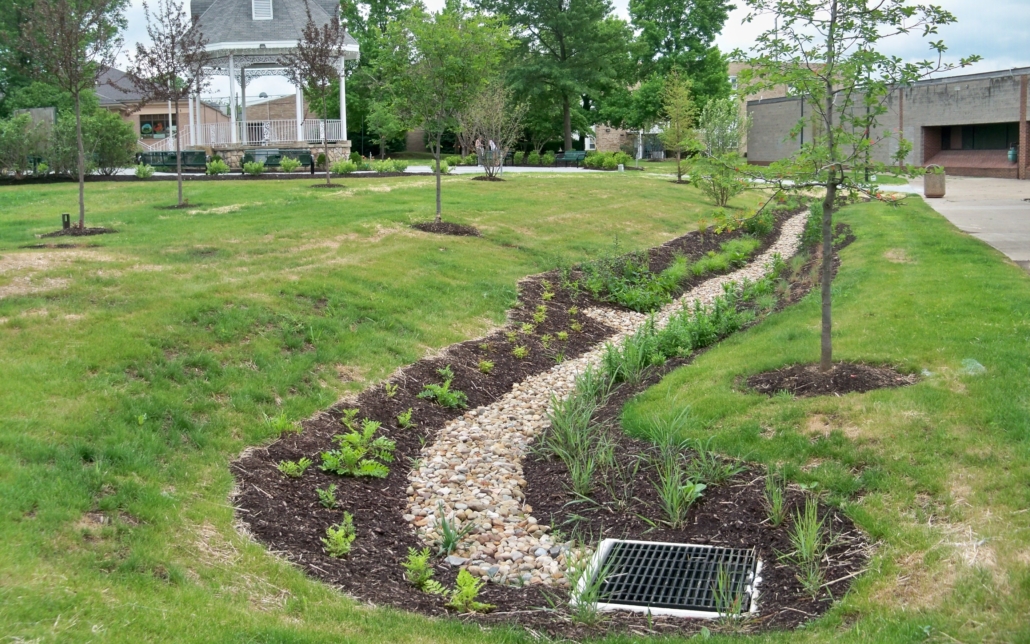 Since its official formation, JCWA has spearheaded efforts to secure funding for numerous stream and watershed improvement projects. With the help of partners like the Fayette and Westmoreland Conservation Districts, local municipalities, businesses, landowners, and government agencies, JCWA has implemented over 20 watershed improvement projects and improved the health of miles of stream. In addition, we have and continue to conduct ongoing sampling efforts for water quality and biodiversity to help us make informed decisions toward future projects. Lastly and perhaps most importantly, JCWA hosts a variety of educational and recreation opportunities across our watershed to both inform the public on ecosystem topics and foster a love and respect for Jacobs Creek and its surrounding areas.

Learn about the history of Jacobs Creek